Mike Gordon, the Phish bassist, is strumming a farewell tune to his retreat in Essex Junction, VT. The contemporary cabin is available for $895,000.

If the guitarist receives the asking amount, he'll record a profit. Property records show that the Massachusetts native picked up the place for $425,000 in 2003. 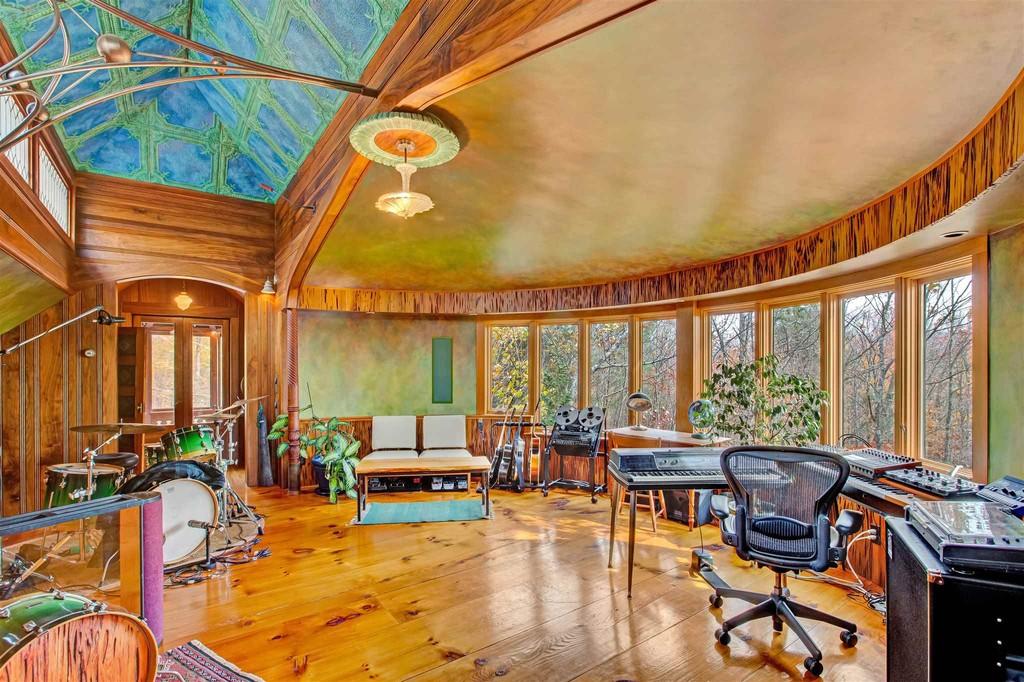 The 12-acre getaway is tucked away on a rise in the woods and features three bedrooms and four bathrooms. It offers seasonal views of the Green Mountains from the main level and amazing year-round views from the third-floor music studio.

With a 3,400-square-foot floor plan, the cool country cabin opens to floor-to-ceiling windows under the knotty-pine cathedral ceilings in the living room.

A raised stone hearth sits below the open stairway. The adjacent large eat-in cherrywood kitchen, with an eating area, adjoins the formal dining room, which leads out to the deck. The main level also features a mudroom, half-bathroom, and attached two-car garage with heated storage.

Other key features include a carpeted office, an entryway with a unique anodized-copper ceiling, and a finished basement. The basement level includes an exercise room, a craft- or workshop, as well as a rec room, which comes with built-in storage and utilities. 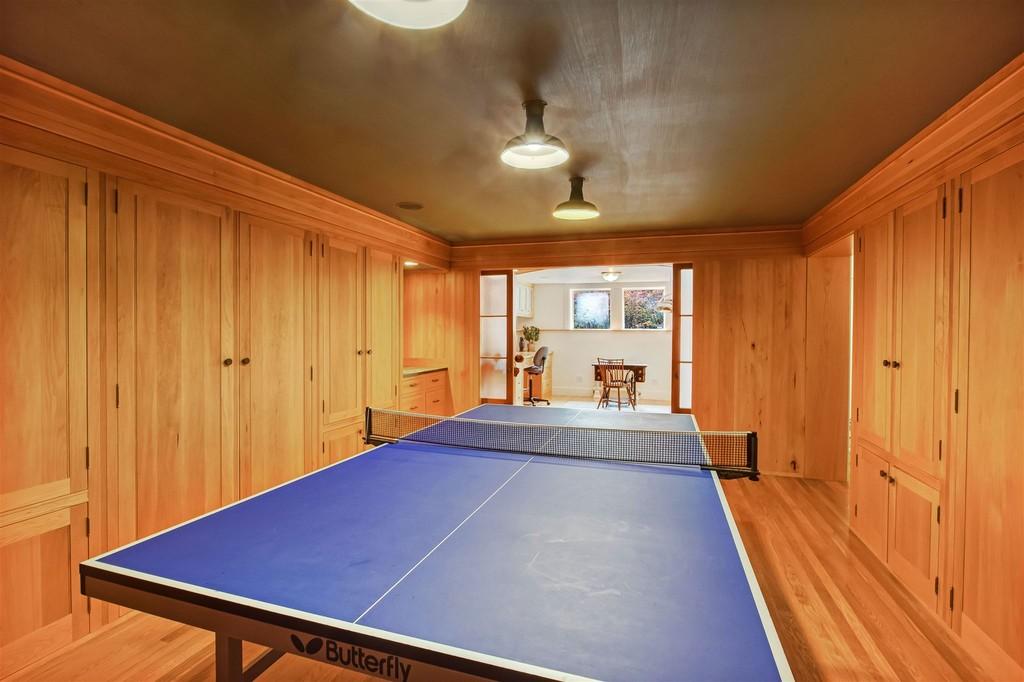 The second story includes the three bedrooms, including a spacious master suite with en suite bath and balcony access. Another full bathroom is shared by the other two bedrooms.

On a high note, the “dream musician's studio,” as the listing notes, features an antique painted tin ceiling, reclaimed cypress walls, stained glass, and a bank of windows with panoramic mountain views. The space is sure to inspire any musician.

Gordon, who has paired up with the acoustic guitarist Leo Kottke to record several albums, was recently photographed jamming with him in his home recording studio. 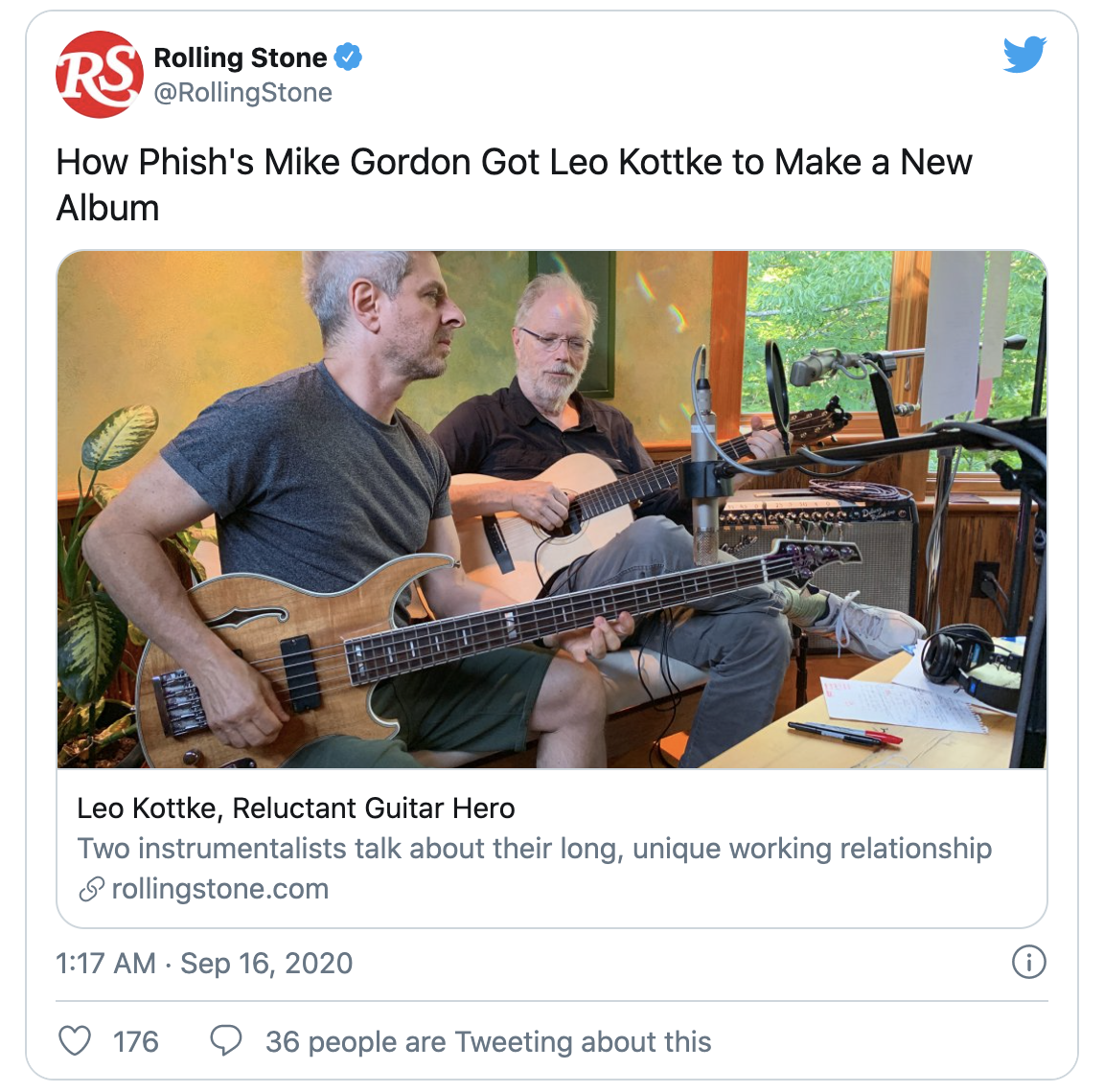 This is after all, rural Vermont. So for those who are tempted outdoors, the area known as Bixby Hills is located within an hour of the state's ski resorts, and within a half-hour of Burlington, for shopping and dining excursions.

Gordon, 55, is a founding member of Phish, the popular jam band, which first began making music in 1983 at the University of Vermont. In addition to five solo albums, he's released three studio albums with Kottke. Their third, "Noon," came out last summer.

Original article was first published on realtor.com and can be found here: https://www.realtor.com/news/celebrity-real-estate/phish-bassist-mike-gordon-selling-vermont-home/

For ADA assistance, please email compliance@placester.com. If you experience difficulty in accessing any part of this website, email us, and we will work with you to provide the information.

Sign Up
Already a User? Sign In
You have been successfully registered
Please check your email.
Go to the homepage
Sorry something went wrong
Please try again.
Try again